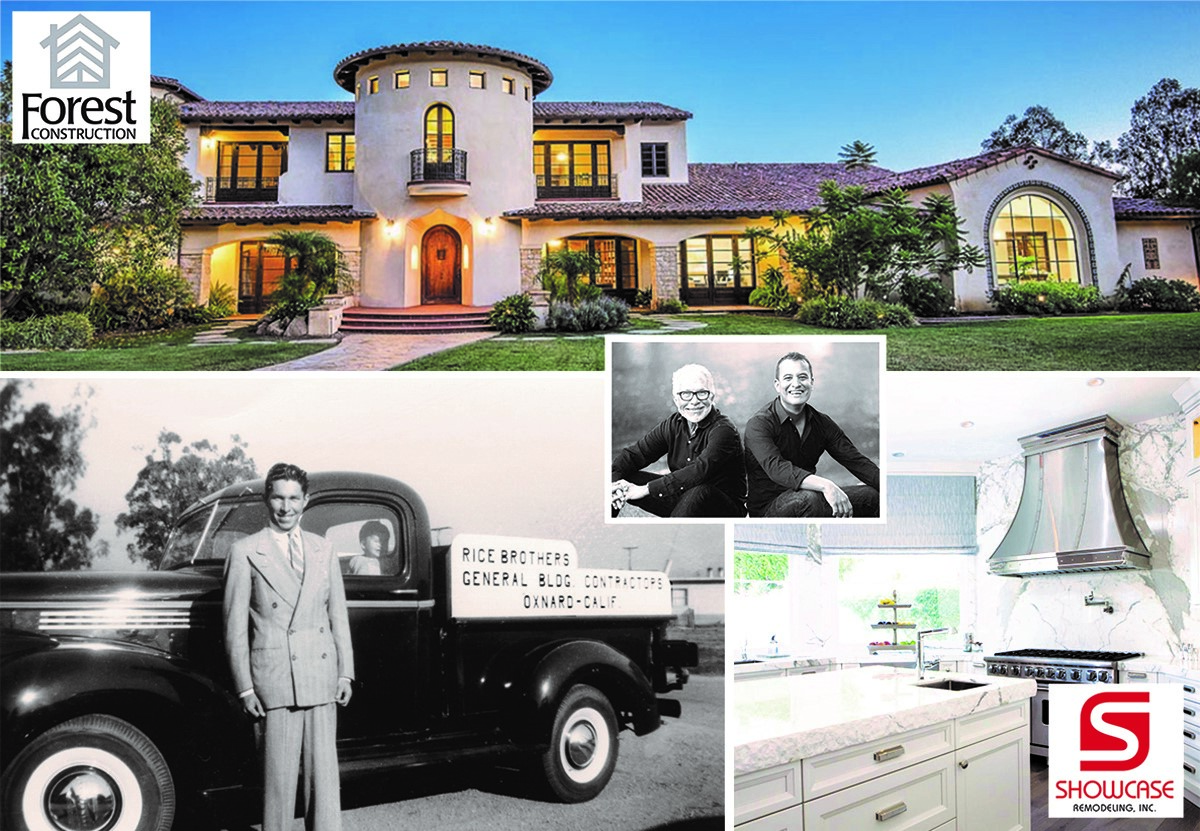 Posted at 11:39h in Projects by Jim Oborny

Founded in 1949 by Jim’s father, John Forest Rice, Forest Construction has been responsible for building restaurants, churches and houses in Ventura County over the years as well as tenant improvements.

In 1976, Jim along with his brother Joe, took over their father’s company with Jim taking the helm as President. Under Jim’s leadership, Forest Construction went on to remodel over 8,000 homes in Ventura and Los Angeles County and soon became one of the top 50 construction companies in the country as noted by Remodeling Magazine.

In 1987, while continuing to run Forest Construction, Jim founded Showcase Kitchens and Baths. He opened the first showroom in Camarillo in order to better serve thousands of past clients and referrals. He went on to open two more showrooms, one in Encino and one in Westlake Village.

In 2016, Jim’s son-in-law Ernesto Sepulveda took over the position as President after starting with the company in 2002. Ernesto was mentored by Jim and others in all facets of construction while earning his BA in Business at The Masters University and over the last 18 years. With his keen eye for design and fresh approach, he has been a big player in some of the company’s most unique projects.

As a family owned and operated business for three generations, we celebrate family and look forward to continuing to create a new sense of home through these changing times for the next generations to come.