Forest Construction is a highly respected construction firm with a values system leading to its sustained growth for 70 years and counting. With the third generation at the helm of this family-owned and operated business, Forest Construction has continued that momentum to incorporate cutting edge technologies for progressive and efficient methods to specialize in luxury new home construction, home additions and large-scale home remodels throughout Southern California.

As a full-service construction company, Forest assists its clients in every phase of planning and building, from selecting a site to moving into their new home. Its professional approach to home construction allows the client to maintain design control while Forest’s many years of experience and continued awareness of the latest innovations in product lines allow them to offer sound recommendations for design options and materials suited to their clients’ needs.

The strength of any company resides in the skill and character of its people. Now in its third generation of builders, Forest Construction is led by Ernesto Sepulveda who adds to the company’s nearly four decades of experience in securing a solid clientele list and collaborating with leading architects, engineering firms and sub-contractors throughout Malibu and the surrounding Ventura and Los Angeles counties.

Forest Construction is a team of capable and caring people you can trust to achieve your goals. The company’s project managers are not only experienced and good at what they do – they’re honest, courteous and easy to work with and the select group of subcontractors they use are the best you can find as proven over many years.

Comprised of certified designers, professional estimators, project coordinators and skilled craftsmen, we have the support team capable of servicing the most challenging projects. Having gained the trust of homeowners from Santa Barbara to Santa Monica, we are proud to have helped over 8,000 homeowners and commercial property owners with their construction projects.

Forest Construction was founded in 1949 by Jim’s father, John Forest Rice. Forest Construction was responsible for building restaurants, churches and houses in Ventura County over the years, as well as tenant improvements. After a tragic car accident in 1969 that took John’s life, the business went inactive as his sons were all still finishing up their education.

In 1976, Jim along with his brother Joe, re-opened their father’s company Forest Construction. With Jim taking the helm as President, the company went on to become one of the top 50 construction companies in the country as noted by Remodeling Magazine.

In 1987, Jim founded Showcase Kitchens and Baths while running Forest Construction and he opened the first showroom in Camarillo in order to better serve thousands of past clients and referrals. He went on to open two more showrooms, one in Westlake Village and one in Encino, with which his son-in-law was the driving factor.

By 2016, Ernesto Sepulveda who is married to Jim’s daughter Jaime, had taken over the position as President. Ernesto started with Forest Construction in 2002 driving the dump truck while earning his BA in Business at The Masters University. Having been mentored by Jim and others in all facets of construction over the last 19 years combined with his keen eye for design, he has become one of the top sellers in the company and a key player in strategizing, designing and building some of the company’s most unique projects. He has a passion for constantly educating himself on what is up-and-coming in construction, architecture and design and is the leading influence behind the company’s technological growth and fresh approach to business. 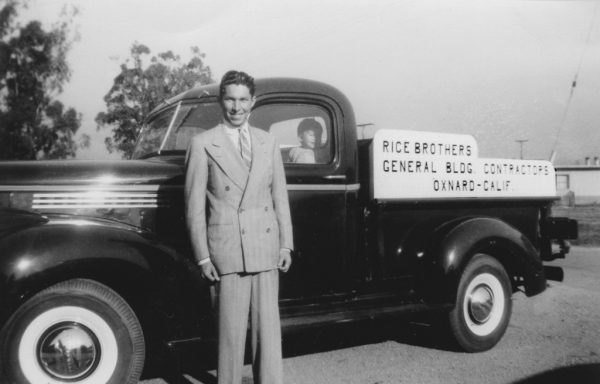 Forest Construction is very well established as a builder of quality custom homes, residential additions, commercial improvements, kitchens and baths as well as disaster reconstruction. Recognized by Remodeling Magazine as one of the top remodelers in the United States, the company has regularly ranked among the nation’s top 100 companies in remodeling volume.

Forest Construction remains one of the South/Central Coast’s most distinguished builders, having been consistently ranked among the “Top 500” builders nationally in Qualified Remodeler magazine and voted Favorite Contractor by the Ventura County STAR readership for multiple years.

Forest Construction’s strong management team has continued to build the company’s excellent reputation for high quality, integrity and service, and are known by their suppliers, subcontractors and local building departments for their professionalism. They’ll be happy to provide you with their “Earned Reference List” of satisfied customers in every community in Ventura and Los Angeles County and show you examples of finished projects, large or small, so you can see for yourself the quality of design, construction, and value they provide.

Our Commitment to Quality

The people at Forest Construction believe in delivering personalized service and quality regardless of the project’s size or budget. All work must meet their high standards of appearance and workmanship. Their goal is to provide the design and the highest value in quality materials and installation possible. Each individual’s commitment to excellence and attention to detail ensure the final result. This is why Forest Construction continues to do most of their work for repeat clients and those that are referred as a result of a job well done.

Forest Construction has a solid reputation for standing behind their work. Every step of the design process gets your stamp of approval to ensure that the final result pleases you. All work is done according to current building codes, with permits and inspections as required. When the work is complete, you’ll receive warranties and guarantees on both materials and workmanship. They want to make sure you are satisfied and eager to recommend Forest Construction to your friends and associates. We keep in our storage facility all the construction information for your project for ten years. If you have a warranty issue or a problem of any kind, we have the information we need to take care of you.

Our construction office is located in Somis, CA. We also have a dedicated bathroom and kitchen remodel showroom in Westlake Village – Showcase Kitchens and Baths. Showcase specializes in only kitchen and bathroom remodels. Jim established the Showcase Kitchens and Baths company in 1987, in order to provide better service to customers and a place to facilitate the design experience for each remodeling project.